Between a heat wave that just won’t stop and a pandemic that keeps dragging on, making a case for spending time outside is pretty difficult right now. Way more inviting is the siren call of air conditioning (or a herd of high powered fans), cold treats, and Netflix’s latest offerings. Instead of sweating into your mask in the backyard of a bar, what about beers straight from your fridge that pair perfectly with your watch list? We asked our beer buyer, Brian Cullen, what he might suggest with five different August Netflix releases, and he didn’t disappoint. 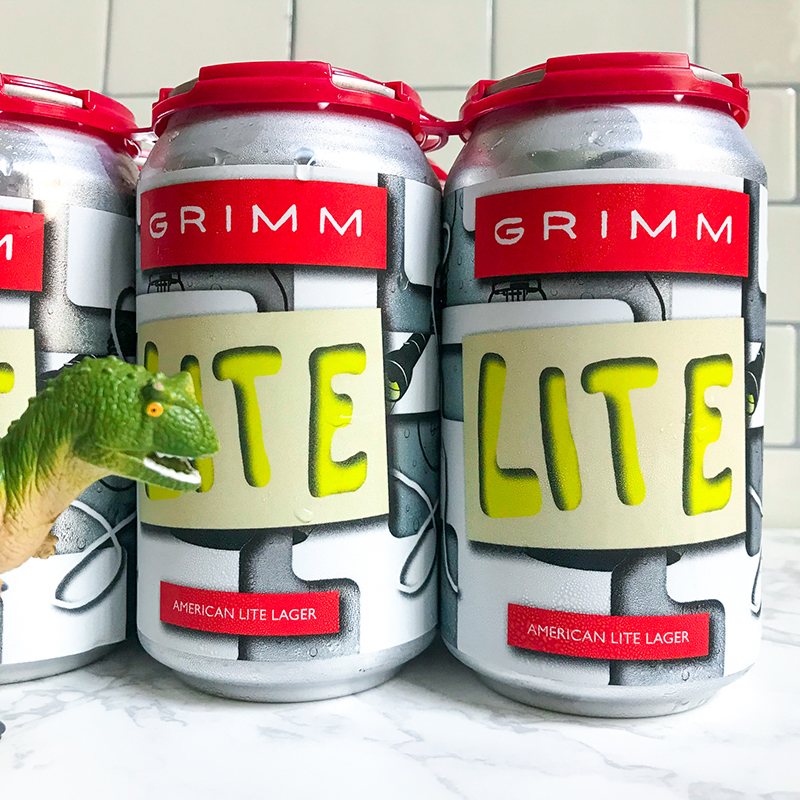 The classic dinosaur caper that made every millennial obsess over velociraptors (and Jeff Goldblum) is back for your viewing pleasure. Action, adventure, memeworthy quotes, and dino effects that hold up to this day? Yes please. Lite, uhh, finds a way with this rare lager from Grimm—their first ever 12oz can! At a small size with a light, easy flavor, Grimm’s Lite is perfect for life on the run from clever girls. 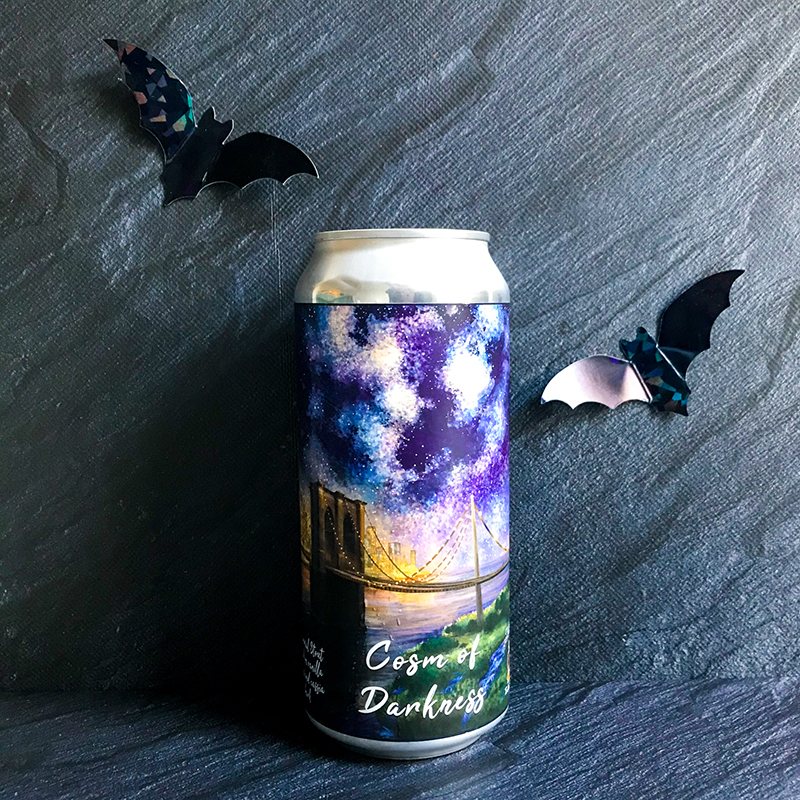 It’s never too early to celebrate Halloween with this 90s cult revival of TV’s most functional, loving family. Whether you’re an old school goth turning on a classic or just looking to darken your day in the best way, Christopher Lloyd’s turn as Uncle Fester is the perfect pick me up, just like this imperial stout from Timber Ales. The brooding colors on its exterior match the smooth, dark flavor inside, which all sounds like Morticia Addams’ favorite kind of weather. 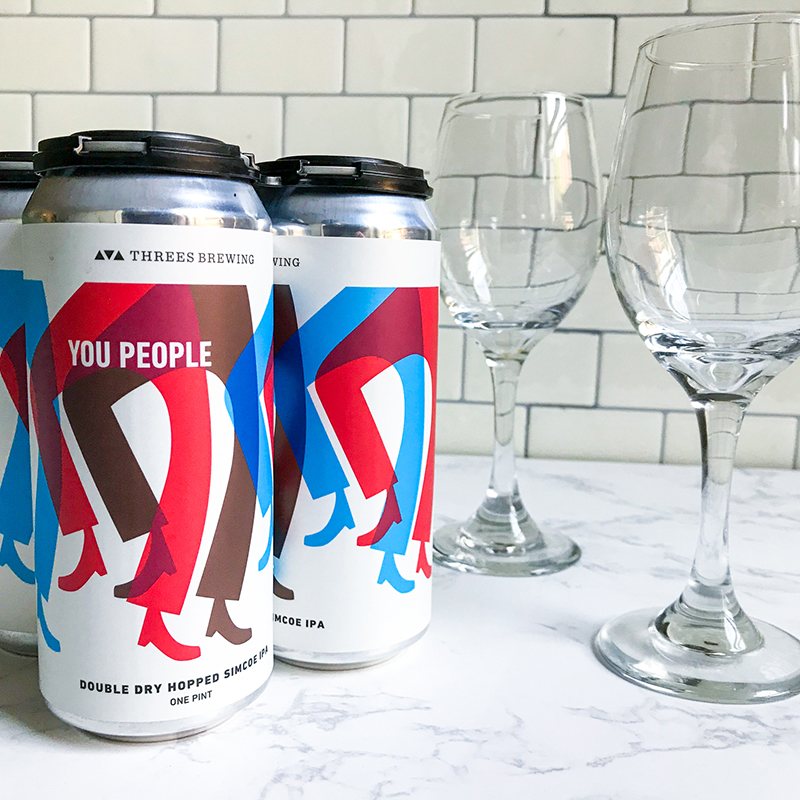 Whether you think this movie is the pinnacle of heist movies is a matter of opinion, though here at the Grape we’re inclined to think it’s pretty close. Something with this much suspense and class needs a smooth beverage, which is where the You People IPA from Threes Brewing steps in. A silky sip is crucial to maintaining your poker face on the casino floor. Brian points out that the can itself evokes an eleven-man heist, too, with people running in every direction to get the prize. 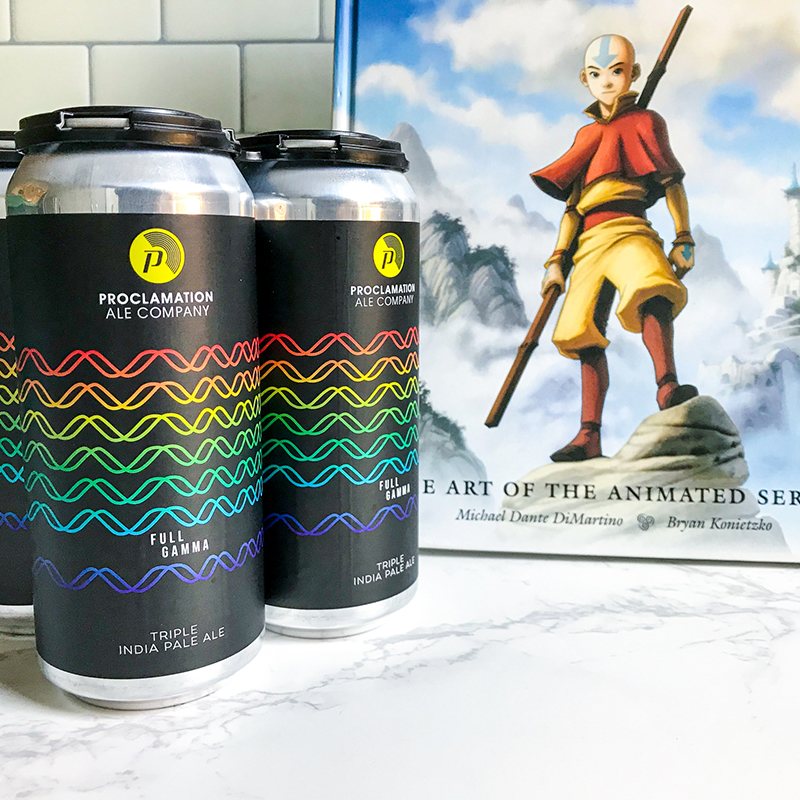 AVATAR: THE LEGEND OF KORRA

When Avatar: The Last Airbender appeared on Netflix just a few months ago, it felt like a cultural explosion as we all rediscovered some of the best TV that’s ever been animated. Legend of Korra picks up the mantle for more beautifully animated binge watching, so pick up this Full Gamma triple IPA from Proclamation Ale Company to take you through it. Much like Korra herself, this beer has a lot of big flavor that won’t be ignored, and the eye-catching neon design looks like all four of the elements. 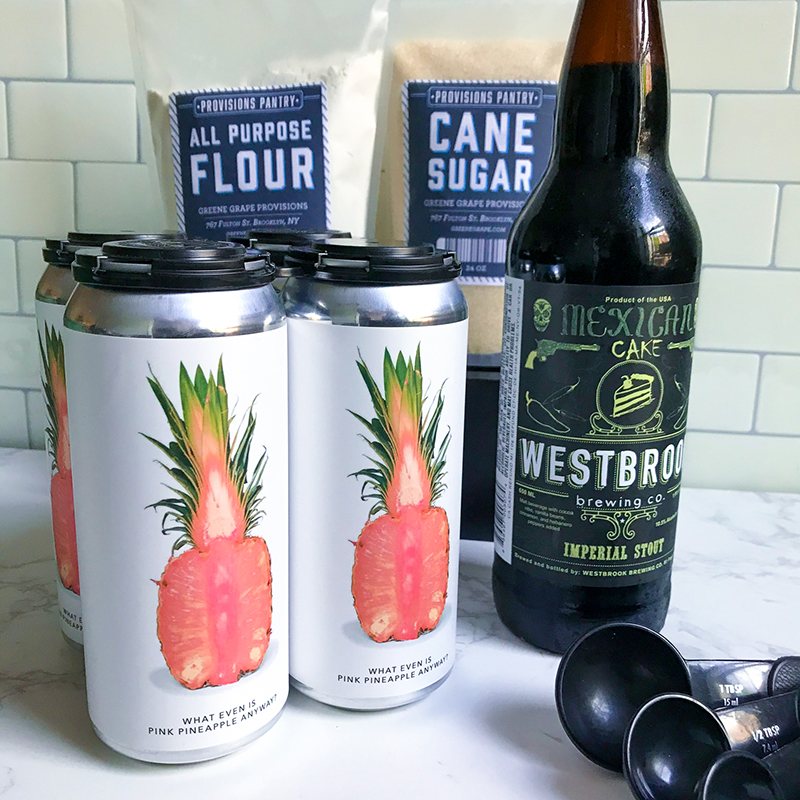 Wait, what? Okay, there’s a pretty good chance you haven’t watched the first season of this Mexican version of Netflix’s hit competition show, Nailed It, but if you’ve ever wanted to watch a masked luchador judge a three tier cake that looks like it was made by a blindfolded child, this is the one for you. Match the show’s vibes with Westbrook Brewing Co’s Mexican Cake! Brewed with cocoa nibs, vanilla bean, cinnamon sticks and habanero peppers, it’s just about the most straightforward and perfect match anyone could ask for.

Of course, Nailed It is anything but a straightforward show, so if you’re looking for a dessert beer with a different kind of presence, Brian recommends Evil Twin’s What Even Is Pink Pineapple, Anyway? Brewed with an aggressive amount of pineapple, it has all the sweetness you want when you’re watching a show about cakes, with an extra dash of summer.