Our Wine and Spirits team developed this easy stirred cocktail in honor of Marsha P. Johnson, legendary civil rights activist, entertainer, and self-described drag queen who played a major role in the modern gay rights movement in the United States. The "P." in her name stands for "Pay It No Mind," the answer she would give when questioned about her gender. Johnson was an instrumental figure during the Stonewall Riots in New York City, and was known throughout New York's gay community as the "mayor of Christopher Street." She also co-founded the Gay Liberation Front and Street Transvestite Action Revolutionaries (S.T.A.R.), a gay and nonbinary activist organization that also provided housing and support to homeless queer youth and sex workers in Lower Manhattan, with best friend and fellow activist Sylvia Rivera. S.T.A.R was one of the first such organizations in the U.S., and served as a model for gay and queer activist and support organizations across the globe. She fought vigorously against the stigma of HIV/AIDS, as well as for access to healthcare and support services for gay, queer, and non-binary youth. She even modeled for Andy Warhol! In February, 2020, East River State Park, located in Williamsburg, along the East River, was renamed in honor of Johnson in honor of her work and contributions. Expansively beautiful, with stunning views of Manhattan, it is the first state park to be named in honor of a transgender woman of color. Now if that's not something to cheers about... 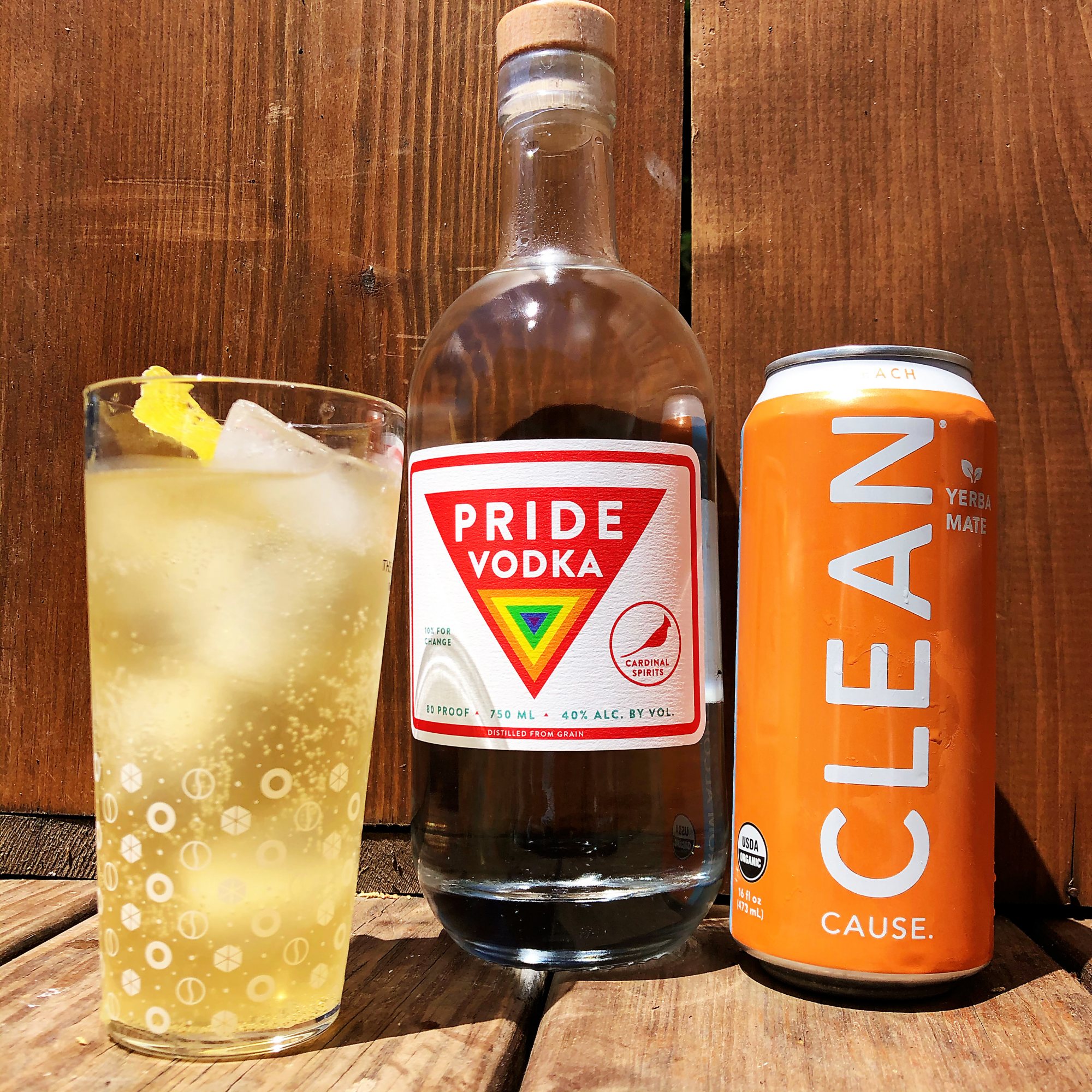 We invite you to celebrate the life, mission, and advocacy of Marsha P. Johnson with us by participating in our first ever cocktail contest. Here's what to do:

* Post a photo & recipe for your own, all original cocktail to Instagram using Pride Vodka by June 23. Tag us @greenegrapewine. Mocktails are welcome!

* By June 27, the top finalists will be chosen and posted on Instagram for judging by YOU, our friends and neighbors!

* Winners will be announced by June 29! The winner will receive 15% off their next Wine & Spirits purchase. No purchase is necessary to enter, but you have to be 21 or older to participate.

1. Combine all ingredients in a mixing glass filled with ice. Stir well to combine.

2. Serve in a tall cocktail glass (collins glass) over ice, garnished with a lemon zest or slice, as desired.

3. Enjoy proudly and responsibly! Clean Cause donates 50% of its proceeds to support the fight against drug addiction and alcoholism, diseases which have had a major impact on the LGBTQIA+ community.

1. Combine all ingredients in a mixing glass filled with ice. Stir well to combine.

2. Serve in a tall cocktail glass (collins glass) over ice, garnished with a lemon zest or slice, as desired.